"Nice clinic facility. They care about their clients, friendly and professional doctors and medical personnel. Doctor Niral Patel is the best! I’ve seen him for years now and I like his knowledge and care. I would recommend this clinic to anyone living in the area."

Bronchitis, pneumonia, and asthma all affect the respiratory system. The respiratory system (made up of the lungs, airways, and muscles) is responsible for moving oxygen to our body’s cells. The nose, mouth, pharynx, larynx, trachea, bronchi, and bronchioles make up the airway which carries air between the lungs and the body’s exterior. When an infection, inflammation, or fluids block the airways, it can become difficult to breathe.

Below we identify the difference between bronchitis, pneumonia and asthma and how they can be treated. 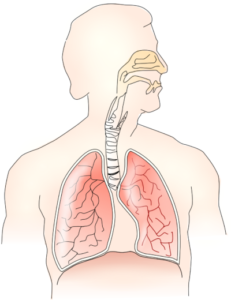 Bronchitis occurs when tubes in the lungs known as bronchial tubes become inflamed, block air, and results in a persistent cough. Generally, bronchitis can be self-diagnosed and can be treated at home.

Bronchitis can either be classified as acute or chronic. Acute bronchitis happens fast and is gone within two to three weeks, however, it is the result of a variety of bacteria and viruses and therefore is extremely contagious. Acute bronchitis is usually caused by a virus from a cold or the flu. Chronic bronchitis includes a cough with mucus that can last from three months to a year. It is not contagious and is usually the result of irritants such as smoke, dust, or chemicals.

The most effective treatment for bronchitis is rest and fluids. Aspirin or another over-the-counter agent can be used to reduce a fever.

However, if symptoms continue to worsen and do not clear within two to three weeks, it may be time to visit the doctor. Bronchitis coupled with a fever exceeding 101 could indicate signs of pneumonia or the flu, both of which require medical attention.

Pneumonia occurs when an infection causes air sacs in the lungs to become inflamed and filled with fluid. Symptoms of pneumonia include a cough with phlegm, fever, chills, difficulty breathing, as well as chest pain.

Pneumonia requires immediate medical attention to be diagnosed and treated. If not treated, the infection can be life threatening to infants, children, and adults over the age of 65. If you feel that your symptoms are getting worse and you experience difficulty breathing, call 911 and do not attempt to drive yourself to the hospital.

Some warning signs that the infection is getting worse include:

An antibiotic is used to treat most forms of pneumonia while other forms can be prevented with a vaccine. Once treated, the infection generally clears in one to three days.

Asthma sufferers experience difficulty breathing when airways become inflamed, narrow and swell, and produce extra mucus. Asthma is a chronic disease that may last for years or even a lifetime.

This disease is treatable by a medical professional and requires a medical diagnosis. Patients may choose rescue inhalers to treat symptoms or controller inhalers to prevent symptoms.

This is a very common condition that affects about three million people nationwide.

It is important to visit your doctor if you notice symptoms of asthma. Your doctor will work with you to develop a specialized plan that can help manage your asthma symptoms.

Other respiratory conditions include:

This website uses cookies so that we can provide you with the best user experience possible. Cookie information is stored in your browser and performs functions such as recognising you when you return to our website and helping our team to understand which sections of the website you find most interesting and useful.

Strictly Necessary Cookie should be enabled at all times so that we can save your preferences for cookie settings.

If you disable this cookie, we will not be able to save your preferences. This means that every time you visit this website you will need to enable or disable cookies again.